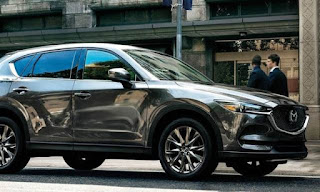 If you look for a comparison that is sold at a similar price range, the CX-5 meets the Honda CR-V and Nissan X-Trail. The difference is, the two SUVs above provide seven seats. Even then, the Honda CR-V now uses a turbo engine with a capacity of 1.5 liters left. Although the 2.0 liter engined variant is still on sale. Almost all parts of this second generation have changed. Except in the engine sector which is still the same as the previous model, which is still using an engine with a 2.5L capacity.

The latest CX-5 have only undergone revisions or improvements to the control software. This revision resulted in an increase in output by 3PS to 190PS at 6,000 rpm. Likewise with torque, it also increased by 1 Nm to 251 Nm at the same rpm. So, Mazda optimizes the old engine with a greater output but still saves fuel.

Be the Nissan X-Trail as the most appropriate benchmark for the CX-5. Of particular note, the X-Trail has a superior passenger capacity. At least the X-Trail price still hits the CX-5 price range and most importantly, there is a 2.5 liter engine variant.

Not to mention that the engine output is channeled instantly via a dexterous 6-speed automatic transmission. Unlike most of its competitors who have begun to switch to CVT (Continuous Variable Transmission). CVT type transmissions tend to be more moderate in conveying power from the engine to the wheels. On the positive side, the power distribution of the CVT transmission is softer, which adds to the comfort of the passengers. Amazingly Mazda, even though it's not a CVT, the gearshift of its 6-speed automatic transmission does not interfere with the comfort of the cabin occupants.

The selection of this non-CVT automatic transmission makes power always available whenever needed. Because the automatic transmission will always choose the gear position that suits your needs. When you want to overtake the vehicle in front, just step on the gas pedal deeper and the gear position will automatically drop, the engine speed will jump up and provide enough power to maneuver.

Of course, this power distribution is in stark contrast to the Nissan X-Trail or Honda CR-V turbo though. In both cars, there is still a slight lag before the expected power appears. These advantages make the CX-5 still retain its sporty driving character as before. It is true that the superior performance of the CX-5 is not only limited to paper.

It needs to be highlighted when its competitors start following the downsizing trend. Honda installed a turbo on the CR-V and nissan implanted an electric motor on the X-Trail to improve fuel efficiency. Mazda Indonesia actually removed the 2.0 liter engine option for the latest generation CX-5.

Then what is the feeling of driving the latest generation CX-5? The early generation CX-5 was the first car Mazda developed with the Skyactiv concept as a whole. The goal, for a sense of pleasure while driving. Mazda has indeed succeeded in making the first generation CX-5 a medium crossover with the most sporty driving feel at that time.

Even though the sales were positive, not a few complained about the suspension that was too hard and the character of the frame structure that was too stiff. This clearly reduces driving comfort. Even though this car was born for use in urban areas, not a race track.

Mazda engineers turned their brains as they developed the second generation of the CX-5. As a result, this car has a feeling of driving that is far different from its predecessor. The suspension damping is now very soft like a luxury SUV from Europe. The sport character can still be felt a little because of the minimal signs of swaying around corners. This suit is the most fitting compromise that Mazda can make for CX-5 consumers.

March 11, 2021
Porsche Panamera: This is a great name for a supercar that will become a trend setter among four-seater coupes, with plenty of power, generous space for four people, and flexibility in use. At last, Porsche has taken the wraps off the long-awaited Panamera, and the car is as smooth a design as you could want, and very clearly a Porsche. This new supercar is 6 inches (150 mm) longer and 1.8 inches (46 mm) taller than the Bentley Continental, which is one of the few very high performance four-seater supercars available. However, it is the same length as the Jaguar XF, but about 2 inches lower. Clearly, the Porsche Panamera will have generous space inside. Panamera looks like typically Porsche The nose is typically Porsche, with a wide, low grille flanked by a pair of quite large air intakes, a smooth nose without a visible bumper, and fair in headlamps. The grille slopes back, and has a slight bulge in the middle to leave room for the engine. Side air extractors behind the rear wheels gi
Read more

Choose The Right Car Cover For Your Vehicle 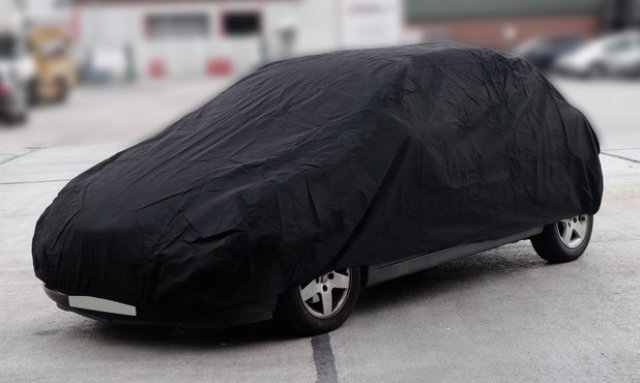 Car cover is one of the best accessories for any vehicle, particularly for those cars which are not garaged. Keep any car out for long and the elements are sure to mar its finish, thanks to nature which tends to mistreat anything consisting of metal, plastic, and rubber. Not just any car cover will do, rather finding one that offers maximum protection is the best course of action to take. Top Car Covers Offer Maximum Protection A simple acorn can mar your car's finish. Without going over the various brands of car covers available, let’s take a look at what sort of protection every car cover should provide, particularly one designed for outside use: Bird excrement, squirrel mischief or other wildlife amusement. Tree sap, leaves, and small branches. Residue: rain, snow, sleet, ice, and hail. Flying objects: whatever stuff the wind kicks up. Humans: there is something about a new car that attracts nosy [and dirty] onlookers. Why permit people to lean up against your car and peer into
Read more

The Benefits of Car Tuning 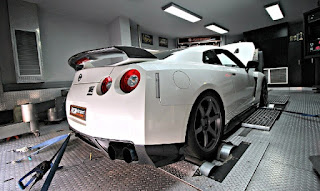 Usually, it is the desire of all drivers to have car that we offer the best performance. However, high levels of performance may be limited when the car first manufactured. Tuning is thus necessary to improve the car’s performance by increasing these limits. The limitation on the performance of a car is usually based on the average needs of car users and laws.  However, some car users may need to have their cars tailored to their own needs. Race cars are often for performance and looks at the body and engine sounds. Tuning involves replacing existing auto parts or modification. Amendment and can participate by adding more pieces to the existing pieces. Tuning commonly is performed in the engine. For example, an engine can be modified to be incorporated with superchargers. A supercharger is generally used for compressing the combustion gases in an engine. Compressors to allow a greater understanding of what more oxygen will be available for combustion to take place at a higher speed. Th
Read more